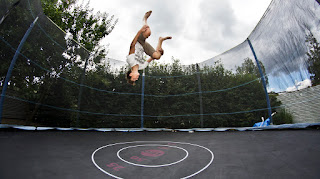 Romance of Old Japan, Part I: Mythology and Legend by E. W. Champney and F. Champney (1917)

Izanagi and Izanami (cont)
Favoritism: This chapter shows a lot of favoritism by both Izanagi and Izanami. Izanagi shows more love to Amaterasu than any of his other children, including her brother Susa-no-wo. In turn, this makes Susa-no-wo bitter and causes strife for Izanami by riling up the rest of the gods because Izanami is playing favorites with the mortals of Earth. A lot of strife could have been avoided if they were more equal in how they treated their children.
The Eight-Forked Serpent of Koshi
First Story: This is actually the story that I wrote my first blog post on! It's cool coming back to reread it after reading all of the preceding stories. Now I have a better idea of the world of Japanese mythology, as well as who Susa-no-wo is himself. I went back and looked at my original reading notes on the story which was pretty interesting.
Heaven Descended (cont)
Jump to Conclusions: This …
Post a Comment
Read more 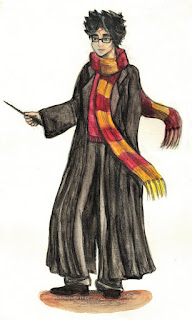 The Danger of a Single Story

- I totally agree, we are very impressionable as children and even alter and falsify the world around us to fit the media and stories that we consume. While this can be a healthy imaginative exercise, it also holds the potential to create disillusionment with our situation in life.

- She isn't saying to read stories that are directly related to you. Rather, she says to, in a way, diversify your storybook portfolio and be exposed to multiple varieties of literature. Make sure you read stories which may shed some light on your own life and culture, but also read the other stuff to get a wider view of the world around you.

- I believe that you can do all the research in the world on culture, but you will never understand it unless you go there and meet its people. Stories are amazing, but can only take you so far. Hearing from other peoples' accounts, no matter if it is a single story or numerous and diversified versions, will always include a lens. T…
Post a Comment
Read more 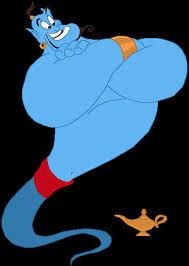 Aladdin and the Wonderful Lamp

Not Getting the Hint:
In the 2nd part of the story, Aladdin sleeps in the bed with a frightened princess. That's kinda creepy. It seems like he does not have any game at all.

Overuse:
Every time Aladdin uses the lamp or the ring I get a feeling that he's overusing it. Neither Genius never says anything about there being a limit to the number of wishes that he'll grant, but maybe there is. Also, how is the vizir the only person who thinks that Aladdin is using enchantments? You would think that some random tailor's boy being able to do all of this fantastic stuff and instantly build a window that not even the sultan could be a dead giveaway.

In Plain Sight:
Why would Aladdin keep the lamp, his source of power, just laying out? Like at least put it in a drawer or something. Aladdin seems like a person who got to much power too quickly and h…
Post a Comment
Read more 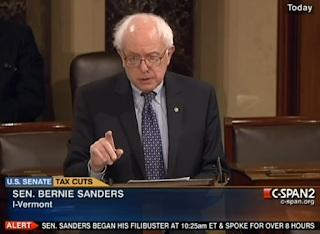 Scheherazade
It Doesn't Work Out: So basically Scheherazade is planning on stalling the Sultan by telling stories. However, what if her plan doesn't work? Her plan requires her sister to wake up an hour before and say a specific line to her. What if the sister is fast asleep? What if the sister forgets what to say? What if the king just does not oblige her request? That would be interesting to see if Scheherazade has a backup plan or not.

Filibuster:
Her strategy reminds me of a filibuster in Congress. A filibuster is when somebody wants to postpone a vote on a bill so they just talk and talk and talk so that nobody can vote, as they are by law not allowed to be interrupted. I think that the longest filibuster is 24 hours long. Sen. Bernie Sanders engaging in a filibuster. Source: Wikimedia


Implication: It seems that through these stories, Scheherazade is not only trying to s…
Post a Comment
Read more 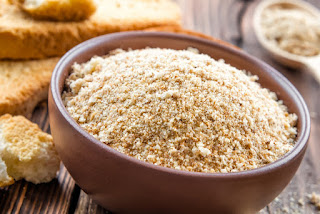 Egyptian Myth and Legend by Donald Mackenzie
Ra and Hathor

"I bet you wonder why I have gathered you all here today," belted Ra, king of the gods. "It seems that humans no longer respect my authority and wish to revolt against me. This is unacceptable and as the gods, we must come up with a suitable punishment."

"Let the earth open beneath their feet and swallow their cities whole!" exclaimed Geb.

"Scorpions in their bedsheets," suggested Serqet.

The room was filled with cruel and unusual ideas as to how to punish the mortals. Ra took note of each, and, although there were some clever ideas, he finally settled on a quite simple one.

"Hathor," Ra beckoned. "You are to go and slaughter as many mortals as possible so that those remaining will become reverent of my power again."

"What, no that's psycho," said Hathor. "If you kill them all they'll just hate you mor…
3 comments
Read more 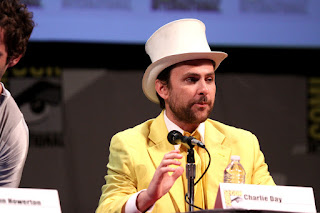 Bata definitely showed some persistence in this story. From showing up as a bull, popping up as a tree, to even being born as her son, Bata popped up everywhere. This really reminds me of the TV show "It's Always Sunny in Philadelphia". In the show, Charlie is obsessed with a girl known only as The Waitress, but the feelings are definitely not mutual. Charlie is basically a stalker and always pops up out of nowhere to try to make a move. The funniest part is that the two actors are married in real life. I think writing a story based upon this sort of schtik would be funny, and I may go for that this week.

Charlie in his costume from The Nightman Cometh. Source: Wikimedia
The Book of Thoth

The Book of Thoth makes me think of similar stories in other cultures, such as the forbidden fruit that Adam and Eve consume and Pandora's Box. Human curiosity and thirst for knowledge is…
Post a Comment
Read more 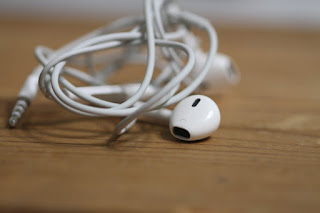 It's kind of crazy how Ra, in the first story, is set up to be this completely all-powerful god. However, he ages similar to how a mortal would. This seems different than a lot of other mythologies or religions where the deities are completely immortal and unaging. Funnily enough, in the end, it is hi drool from old age that eventually becomes the catalyst for his downfall.

Funnily enough, as Ra is described as all-powerful, the only thing which was able to defeat him is himself. That sort of gave me an unstoppable force vs immovable object feeling, and I guess the unstoppable force won. I am confused as to why he couldn't just heal himself though. Nonetheless, props to Isis for being able to use Ra's own strength against him.

I always like scenes in movies or books where all of the gods get together, and I think it is an opportunity to have some fun and exacerbate …
Post a Comment
Read more
More posts